The diverse rock formations that surround the city of Sedona are really quite spectacular.  The sandstone rock was carved over thousands of years by wind and water action.  The red to orange colored sandstone is unique to the Sedona valley. 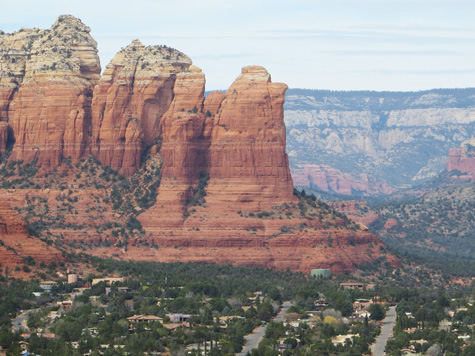 The spectacular rock formation and color of the valley helped to make Sedona a popular filming location for American movie and television productions.  Over sixty Hollywood productions were filmed here in the early days of film production when cowboy western movies and TV shows were popular.